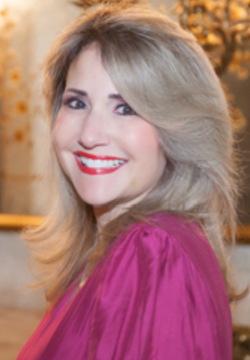 Through her leadership, the SFLHCC has become one of the most important and influential chambers of the U.S. with over 1,450 members. She is charged with planning and coordinating over 20 chamber events annually for the membership of the organization with the objective of providing opportunities for businesses to connect, build and establish relationships. She works with the leadership of the organization and coordinates, develops and implements chamber committees’ objectives. Currently, there are eight active committees in the organization that provide insight and support to chamber members of different industries.

Lopez implemented a scholarship program part of the Foundation in the year 1995 that has granted over $750,000 in scholarships to financially disadvantaged high school minority students of Miami Beach Sr, High School pursuing a career in business and hospitality. She also founded the Education Enhancement Fellowship Program that provides students from Miami Beach Sr, High School and Miami Springs Sr. High School with an opportunity to attend a conference in a different state of the U.S. The objective is to empower the students and teach them to become successful business leaders engaged in their communities. This program has served 180 students. Due to the uniqueness and success of this program, the South Florida Hispanic Chamber of Commerce Foundation was inducted as a Champion of Miami-Dade County Public Schools’ Academy of Hospitality & Tourism. Lopez was the producer and host of a weekly television show for 10 years “Panorama con Liliam Lopez” that aired on WLRN Cable-Tap. The program highlighted the career of executives, elected officials, and entrepreneurs at the local, state and national levels.

The SFLHCC has also been engaged in international affairs, particularly with Latin America and Spain. The SFLHCC’s leadership hosted the Mayor of Murcia, Spain and his delegation comprised of the Vice Mayor and the President of the Chamber of Commerce, among others, on their visit to the City of Miami Beach in 1996. The former President of Ecuador, the Honorable Lucio Gutierrez, accepted an invitation made by Lopez to come speak to the membership of the organization to establish ties with the chamber’s leadership and provide information on business opportunities in that nation. Both the former ladies of Panama and of Honduras, respectively, were invited to speak on different occasions at chamber luncheons on business opportunities, women’s issues, and social and charitable programs in their nations. His Highness, Prince Dr. Abdulaziz bin Ali bin Rashid Al Nuaimi of Ajman, United Arab Emirates, accepted an invitation from Lopez to visit Miami and present a conference at the chamber’s annual Viva Miami Hispanic Heritage Expo on sustainability and its importance to the world. His Highness is best known as “The Green Sheikh” and was received with great respect and admiration.

Lopez strongly believes in social causes and in giving back to the community. She implemented a program “Help Our Children” where annually, children of Centro Mater (an after care and early child care for financially disadvantaged families) and the Center for Women and Children of the Miami Rescue Mission receive thousands of dollars in toys, toiletry items and clothes. This program was established over 15 years ago. López currently serves on the Advisory Board of Precision Medicine and Health Disparities Collaborative of Vanderbilt University Medical Center, Meharry Medical College and the University of Miami. She is a Governing Board Member of Larkin Charter School for Health Sciences; serves on the Board of Directors of the Miami-Dade Area Health Education Center (AHEC), Board Member of the Small/Micro and Minority/Women Business Owned Enterprise of Miami Dade County Public Schools, the Advisory Council of the Hispanic Scholarship Fund and on the President’s Council for Florida International University (FIU). She served on the Entrepreneurial Advisory Council of the Federal Reserve Bank of Atlanta’s Regional Economic Information Network (REIN) as the only Hispanic woman on that board. She is a past board member of the Alliance for Aging, past board member of WLRN and former Chair of the Hispanic Affairs Committee for the City of Miami Beach.

Lopez is married to Architect/Urban Planner, Alfredo Sanchez, and they have a daughter, Lillian Karina Sanchez, currently attending the University of Miami, majoring in Engineering.